My Grandpa, Norman Greenfield, is still alive at 96 and lives in Florida. We’ve always been proud of his service for our country during World War II. Some of that he relates below. In addition to the Normandy Invasion on D-Day he also served during campaigns in Northern Africa. In his account (below) he mentions his “girl,” Arline, who would become his wife and eventually my Grandma. Grandma went to be with the Lord in 1999, and shortly afterward Grandpa married “Grandma Pat.” Cute couple! 🙂 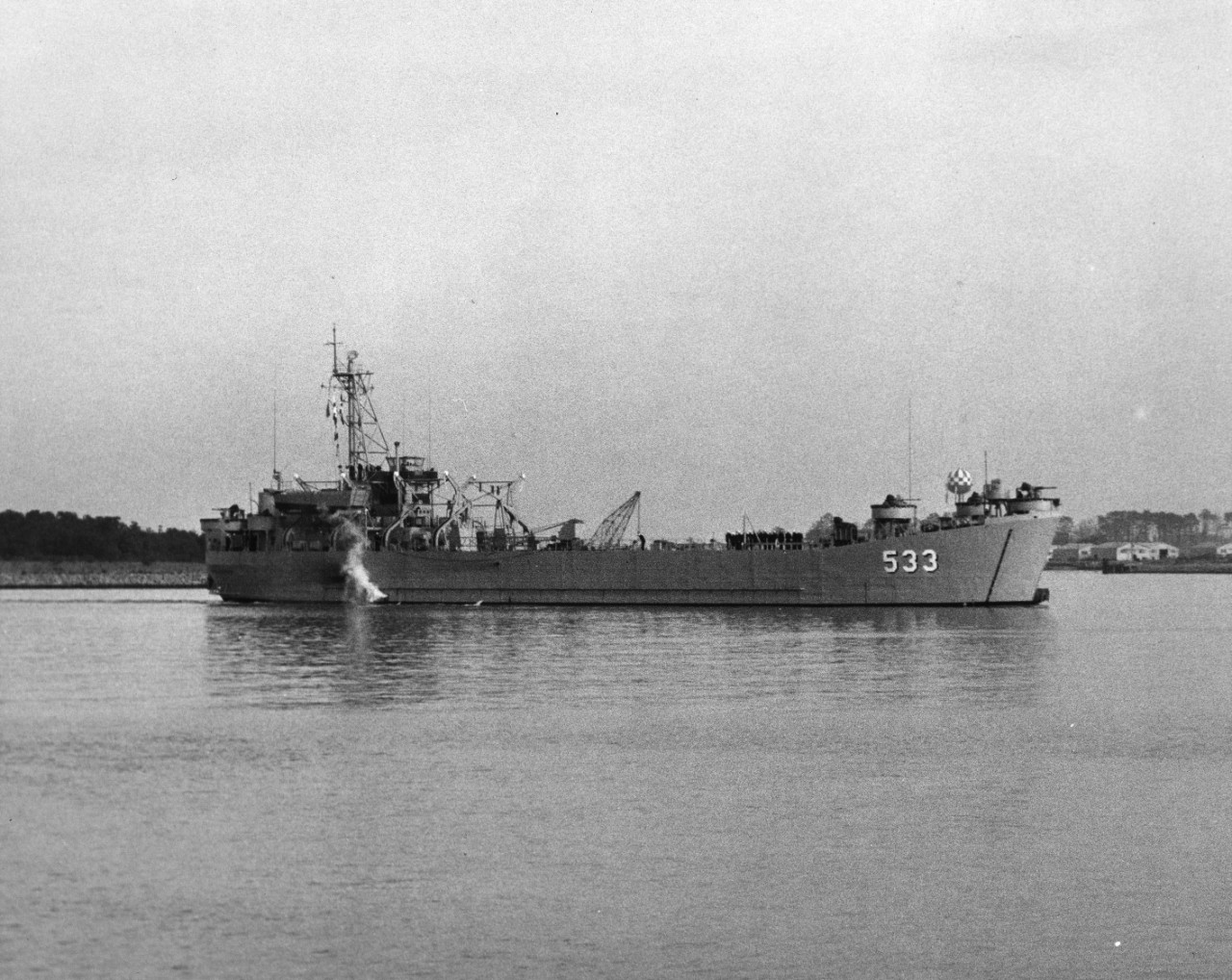 Here’s two pictures of Normandy beach; Grandpa’s LST 533 is on the far right—

As a boy growing up on the farm you had to sign up for the military draft when you reached the age of 18. I didn’t want to go in the Army so I signed up for the Navy…just after that I received a call to go to the Army. Too bad it was too late for the Army. In due time I was called to go to Lansing and join a group that was going to Detroit to be sworn into the Navy. Then we were sent to Great Lakes for six weeks of military training. A bunch of us were assigned to gunnery school in Gulfport, Mississippi for four weeks. During that time we were learning about different guns and went out on a ship practicing, etc.

Following the Gunnery school, we were put on merchant ships out of Newport News, Virginia for a year. Then we were sent to New Orleans to get on a Landing Ship Tank (LST 533) to go to France for the invasion at Normandy. We went in DAY 2 with a load of Army personnel, supplies, guns, tanks, etc. back and forth for a whole year. We couldn’t get very close to the shore because of obstructions hidden…back and forth the Germans above on the cliff were firing at the boys as they were being dropped off. They had to be let off in three feet of water and carrying 80 lb. packs on their back. The area was supposed to have been prepared to be free and clear but that took a while. It was hard seeing so many of the Army guys get injured so quickly and many died.

After getting back to the Armed Guard Center in New York for a week or so then we were transferred preparing to go to California to get on a destroyer in the South Pacific. On the way to California we were in a train wreck which delayed us to be on time in California and when I handed the papers of our group we were told we were AWOL. The railroad finally let them know and they were okay—nothing we could do about it anyway. I ended up in sick bay and couldn’t go when the group went even though I had looked forward to be on a destroyer. The powers that be looked over my time in the Navy and decided I had put enough time to be discharged. Norm’s feeling about that piece of news: “I never was so glad in my life when I got the word, I was told I was being transferred to go home. I had a girl waiting for me in Michigan.”

The Lord watched over me all the time, but I didn’t know the Lord then. The only Bible training I knew was when we were on the farm and in bed upstairs, my mother would sit on the stairs and read the Bible to us every night. I was the youngest of eight and the only one left.

Years later after Arline and I were married and had two of our three children, my daughter, Penny, wanted to go to Sunday School, so we let her. The pastor called on us and led us to the Lord. I thank the Lord for His watchcare over my life and for His continuing care even though some of my health isn’t too pleasant some of the time. Maranatha!

I am an undeserving sinner saved by God's grace through Jesus Christ, a happy husband, proud father of 6 great kids, pastor of Orwell Bible Church, Executive Secretary of the American Council of Christian Churches, and member of the Ohio Bible Fellowship . View all posts by Dan Greenfield

Keep Up with the Joneses